During his visits to Ahmedabad, Husain used to voice his idea for an exclusive gallery to house his works. His good friend Doshi challenged Husain by saying that he will create such a unique space that Husain will have to rise up and match the quality of the space with his art. Husain used to enquire to Doshi what was the most climatologically appropriate building form for withstanding the scorching heat of Ahmedabad and Doshi would say that it would be a partially underground building. Thus was born the idea for an underground structure – something that had never been tried before. 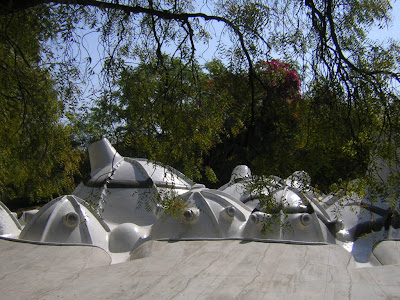 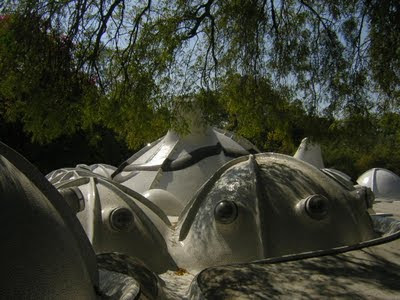 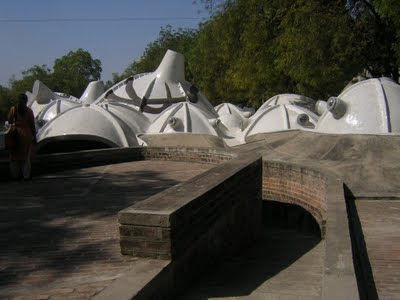 Set adjacent to the Cept University, this museum is one of a kind – the spaces are all underground with only the domed roof shells protruding above the ground level. From the exterior, the Gufa looks more like a work of art, a sculpture of domed shells finished in dazzling china mosaic, complete with a black serpentine imagery snaking across the surfaces. The museum spaces, set below the ground contain no straight wall, a surprise when you consider that the function was to house Husain’s paintings...one enters the space through a staircase which is partly hidden, through a circular door and reaches the surreal cavern like space. Here, the genius of Doshi & Husain combine together to produce a unique marriage of art and architecture. 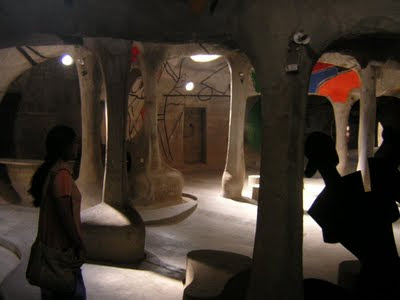 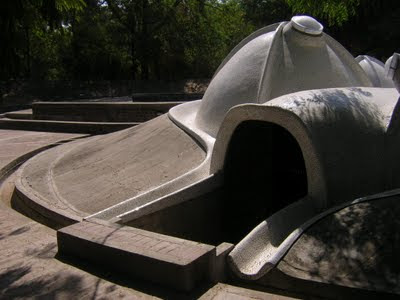 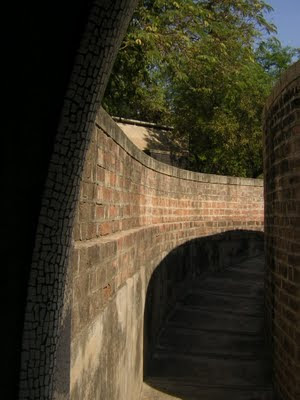 There are cave like walls with undulations with the domed roof shapes supported by inclined irregular shaped columns, the plan being an interplay of intersecting circles and ellipses. The space is an inherent appeal to the earthy qualities in man. Light comes in as shafts through a few circular openings in the dome, the diffused light adding to the mystic ambience. Spots of light on the floor, from the circular skylights, change location according to the time of the day, adding to the mystery of the space.  Many ordinary artists would have gasped at the unorthodox structure for a museum. Yet, Husain matches Doshi by using the undulated walls as his canvas. ‘‘That’s when he did the free flowing lines inside the Gufa. With Rajesh Sagara, Husain painted the walls, ceilings, even the air-conditioners. Then I decided to relate it with the primordial tortoise and the cobra, so Husain took up his brush once again and painted a headless black cobra on the tortoise-like structures of the Gufa. Then we had specially baked black saucers that were later broken to complete the china mosaic on the structure,’’ says Doshi. 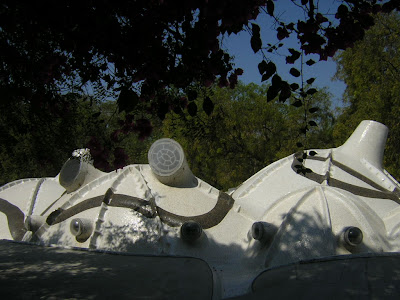 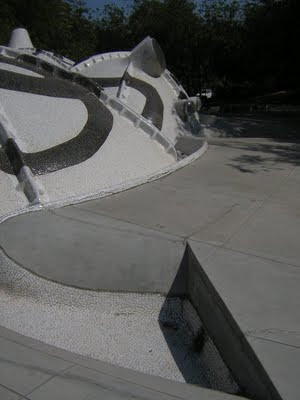 The entire structure was designed using the aid of computers to resolve the unorthodox design. The various forms are more or less self supporting due to the resolution of stresses. Ferrocement was used to create the undulating walls and domes, which also helped in reducing the total load of the structure. Waste tiles were used on top of the external dome.
Posted by Sujith.G.S at 6/10/2011