The Connaught Place is often regarded by many as one of the nerve centres of Lutyen’s New Delhi. The bustling colonnades are full of activity – street vendors selling their stuff, ice-cream wallahs, pirated book sellers, couples walking hand in hand, youngsters’ window shopping, tourists soaking in the atmosphere…it is the quintessential activity hub buzzing with energy. Yet, walk a bit down the Curzon Road, past the row of tall high-rise office towers, past Charles Correa’s British Council Library building, turn left into Hailey road and soon you are transported into an entirely different world. It is almost as if you have been magically transported into the Delhi of old, through time, to the Delhi during the Sultanate period. Here, in the backdrop of all the noise and euphoria that exemplifies Connaught Places, lies a serene piece of history – Ugrasen ki Baoli, the stepwell of Ugrasen.
Tucked away in this unassuming location lies this beautiful stepwell, almost forgotten by most Delhiites other than couples in love seeking a quiet space or the odd group of teenage kids who come for taking interesting snaps to upload in facebook. Yet, the grandeur of this structure is unmistakable – an immense flight of steps lead down into the bowels of the earth seeking out precious life giving water, culminating in a 4 storeyed arched structure around the well at the north end. 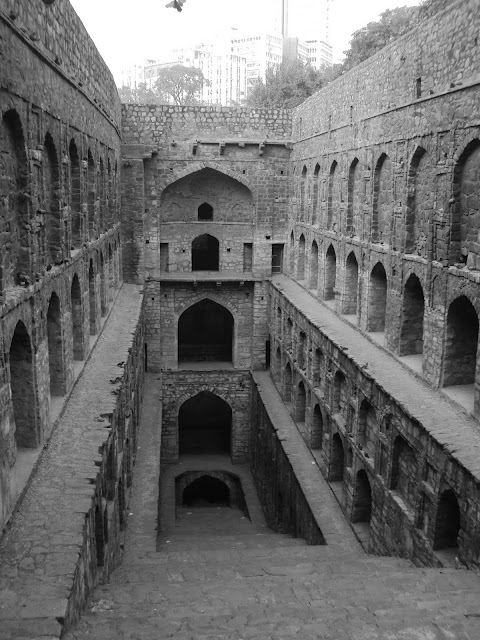 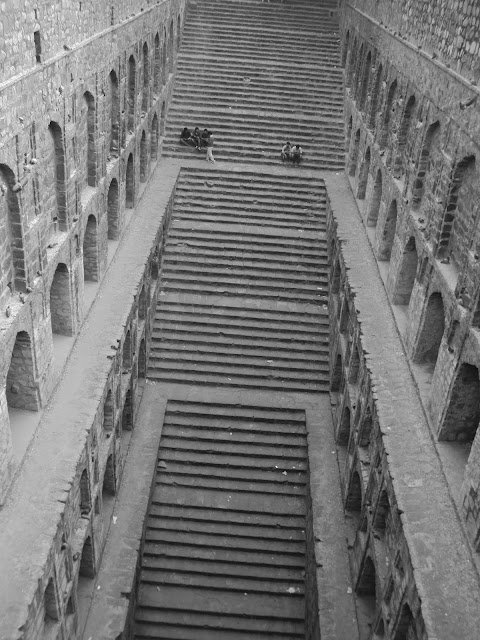 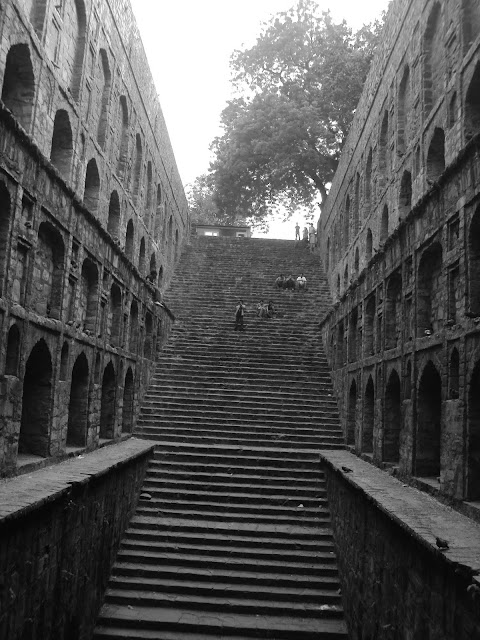 The stepwell, built by Raja Ugrasen, measures 60m by 15m. There are landings at 3 levels in between, along the descending flight of steps, each landing with arched niches on either side which could have been used as social activity spaces during the old days. At each of the three levels there are passages to access the arched structure in the end. These levels are a simple but very effective solution, where each level responds to the fluctuating levels of water present throughout the year. Suppose it is the rainy season and there is plenty of water. Then the water would spill out from the well onto the steps and come all the way upto the top level, submerging the lower level niches. In such an instance, the people can have all their activities in the top level itself. Now, when the water progressively reduces with the dry season, the water level in the Baoli also goes down, enabling the lower level niches to be used for the activities by the people. In addition, during the summer months when the water level would be at the lowest, people would have to go all the way down to fetch water. During these times, the niches on the sides of the lower levels gains much more importance as the sun’s direct rays seldom manage to reach down till there (no guesses why the stepwell is oriented in the north-south direction), creating pockets of coolness in an otherwise harsh environment. The evaporative cooling would further help in reducing the temperature. Thus not only is a stepwell an amazing technical solution, but also becomes a very important social activity space for the villagers as well.


It is quite amazing that this structure has survived intact the onslaught of time through the centuries. Even today, it exudes a serene monumentality- an air of old world charm, even when the breath of globalisation is just a stone throw away. 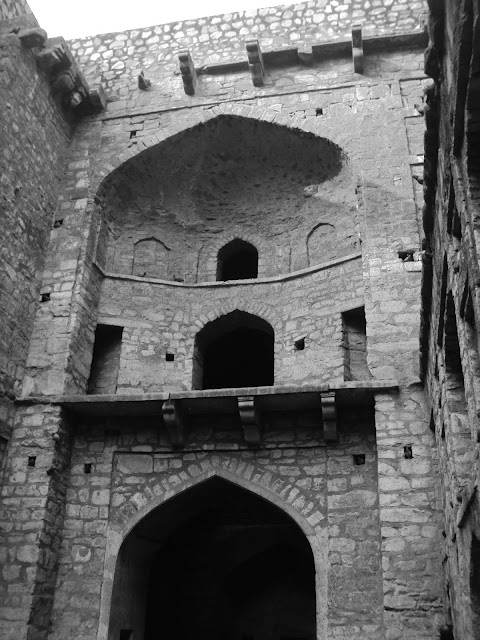 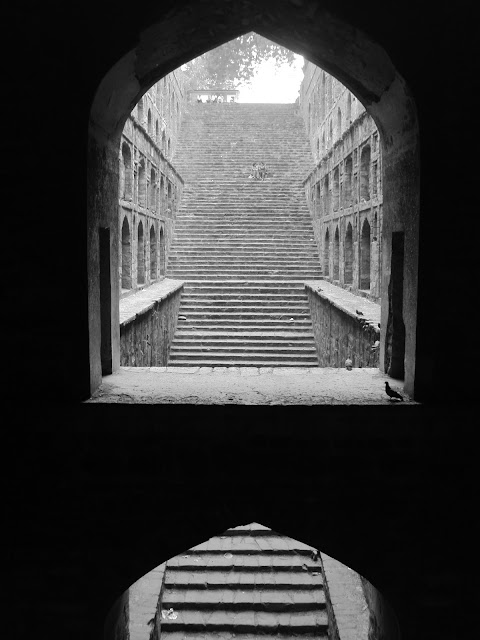 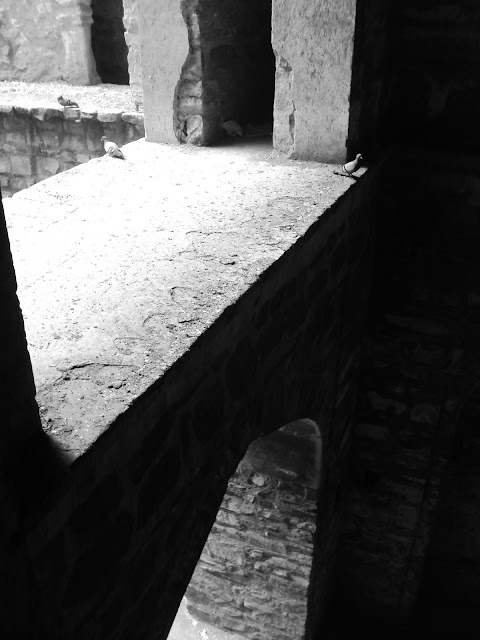 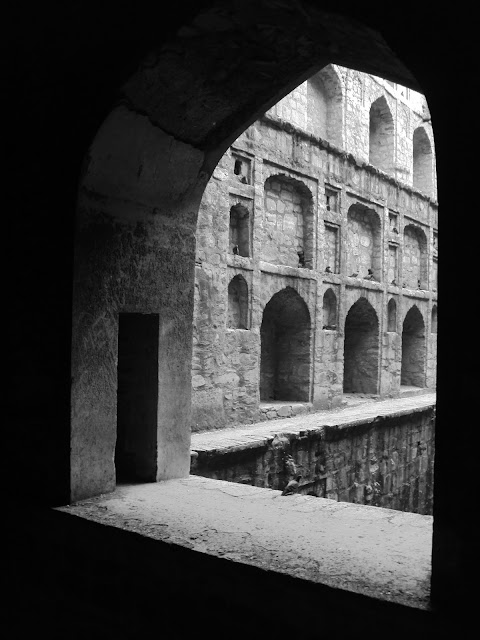 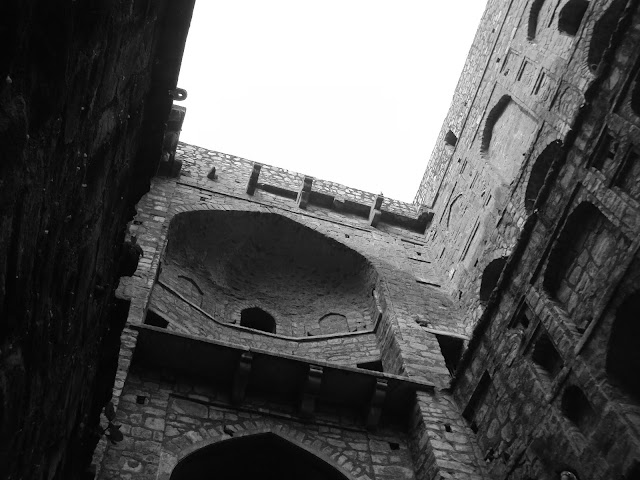 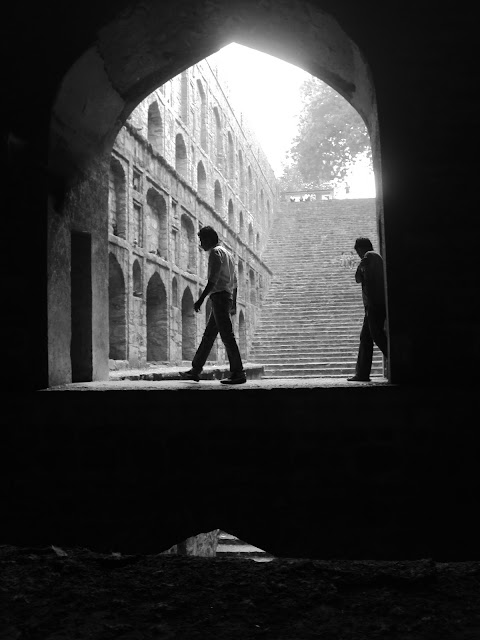 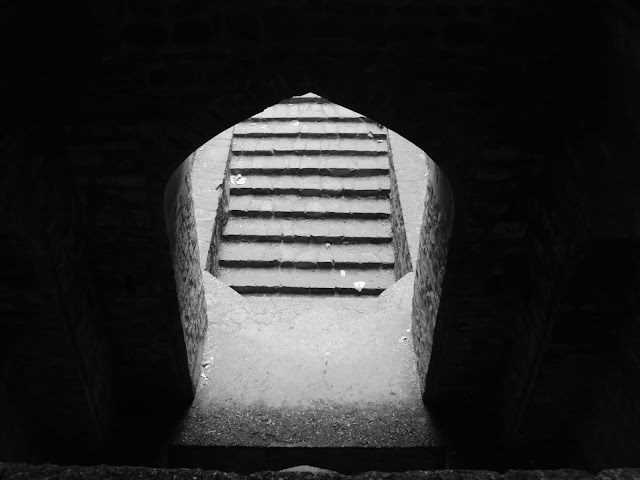