CHENNAI CENTRAL & SOUTHERN RAILWAY HEADQUARTERS
One of the most imageable structures in Chennai is the Chennai Central railway station. This edifice built by the British is an example of the so called Gothic Revival style. Designed by Henry Irwin, it was constructed in 1873 & later expanded in 1900. The large central clock tower along with the brick red facade is one of the first images that comes into the mind when one thinks of Chennai. This stretch has some of the famous structures erected by the Raj, which have over years turned into landmark structures, in part due to the lack of legible, sensible public architecture buildings since independence. The mediocrity of the present day public architecture tends to highlight furthermore the older structures that have come up during the Raj and acts as a sore reminder that there is almost no seriousness about the public architecture that is being built. 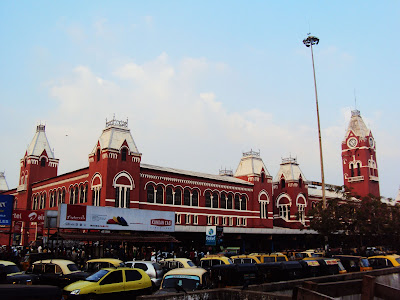 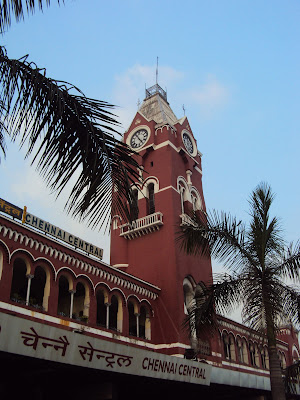 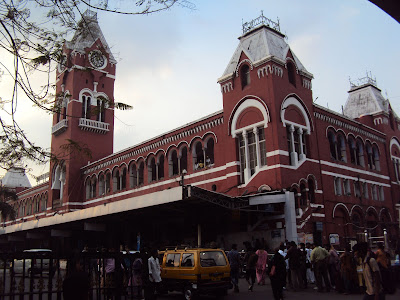 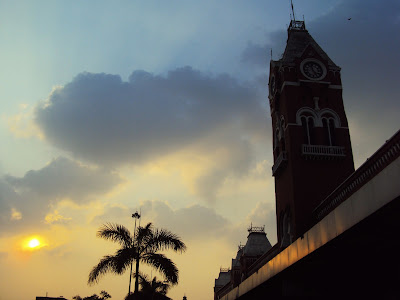 On the right of the Central lies the highly impressive Victoria Memorial Hall, which has been recently restored to its former glory & a bit further lies the Rippon building. To the left lies the headquarters of the Southern Railway, a grey edifice which is a blend of European & Dravidian styles. There are octagonal columns with capitals supporting a modified stone beam, almost a stylised derivation of the simple post & beam structure. These sit alongside the domed cupolas which crown the corner & central towers, creating a very formal composition. The remarkable thing about this building is the marked restraint so evident in its architecture, yet, one which doesn’t take away the grace of the structure. One only needs to turn & look on the opposite side of the road to see the horrible government hospital building which stands out glaringly as an affront to architecture - a horrible marriage of unrelated elements & colours, which vociferously reinforces the callousness with which we treat architecture today. 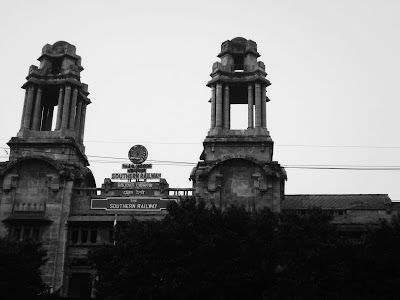 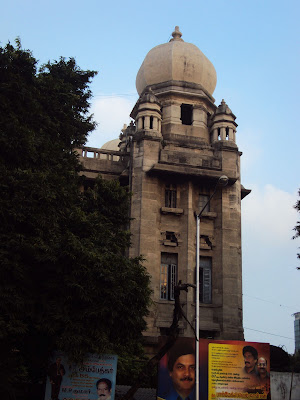 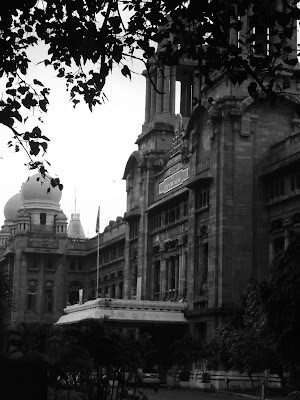 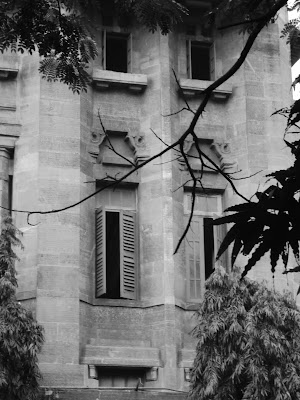 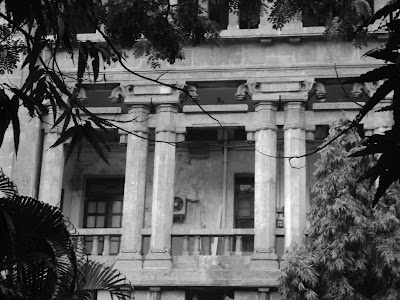 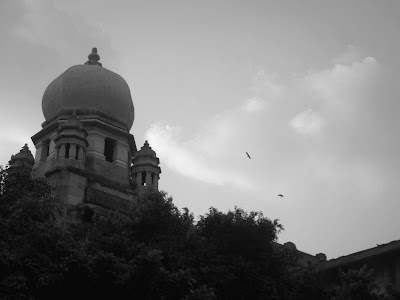