A couple of awesome talks by Ar.Benninger and Ar.Peter Rich!!  Benninger took us through his works, right from one of his first projects to the recent IIT project that he is doing, explaining his thought process and inspirations. He impressed upon us the need to develop our own architectural language and explained about the evolution of such a language through the chronology of his projects.

Peter Rich's presentation was filled with slides of his drawings and hand renderings, which were truly amazing. What was truly inspiring was that during Benninger's talk, Peter Rich was intently scribbling notes and sketches in his sketchbook, constantly keeping on learning even at this age. One of Peter Rich's strong advice to young architects were to travel across the length and breadth of India and study the vernacular and traditional architecture which the country had to offer. He was of the opinion that this would be the best form of learning for any young architect, learning from history and re-interpreting it in your designs. He further called for architects to become more of activists, standing up and raising their voice for causes that they believed in. All in all, it was a really inspiring talk. 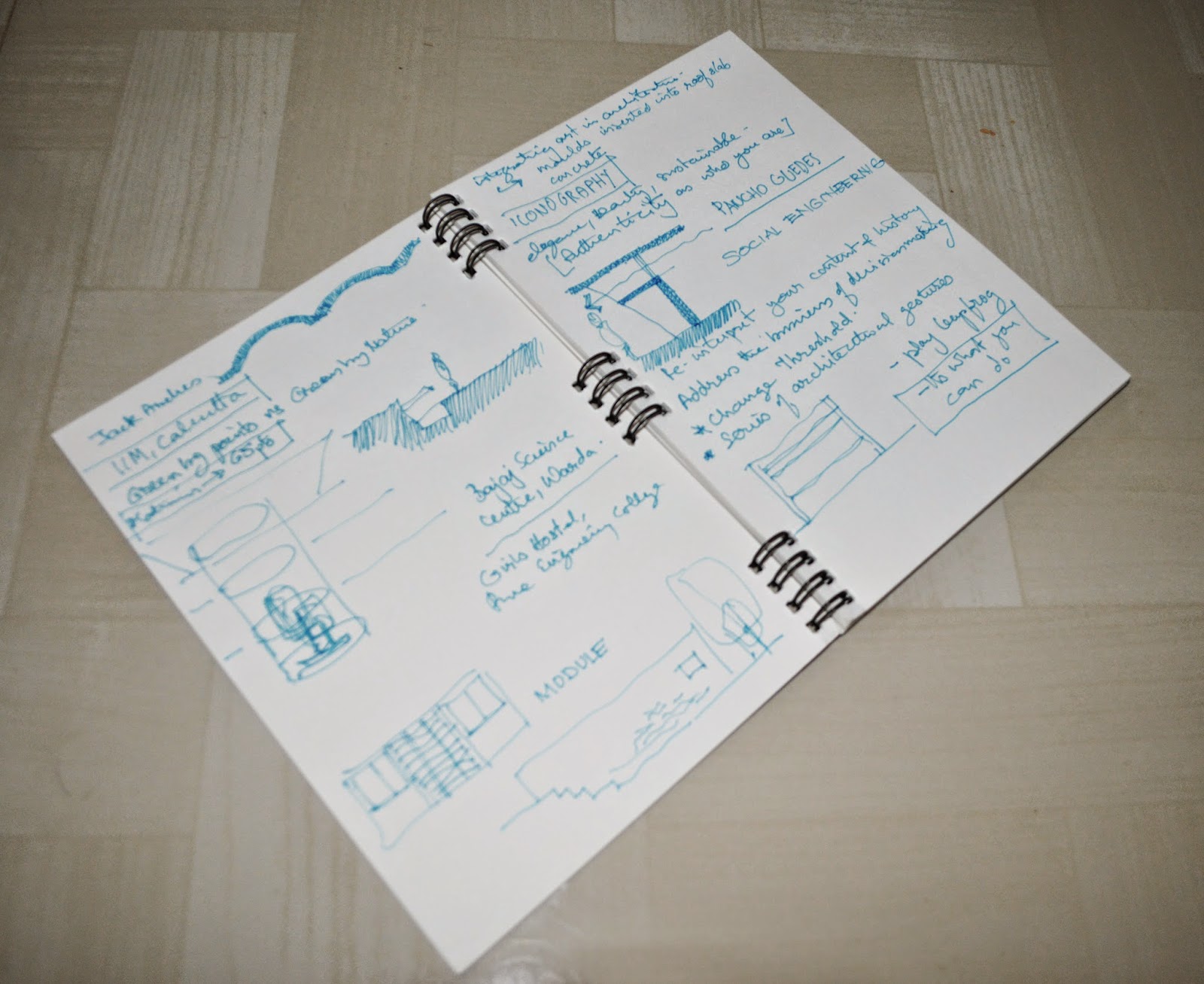 Email ThisBlogThis!Share to TwitterShare to FacebookShare to Pinterest
Labels: ARCHITECTURE IN KERALA