Robie House built by F.L.Wright between 1908 and 1910 is one of the best examples of the Prairie Style developed by Wright – almost the quintessential Prairie House and also one of the last. The house is offset from the street in the form of a series of horizontal overlapping planes in an asymmetrical composition.
Wright emphasised the horizontality by using projecting cantilevered roof eaves, continuous bands of windows, sheltered terraces, long window sills etc. From the balconies the inhabitants can look out into the open landscape, while it was not possible to see inside from the exterior due to the placement of the balconies above the ground. Thus, a sense of shelter and privacy was created for the inhabitants while at the same time maintaining a visual connect with the landscape. The exterior of the house is in exposed Roman brick, with Wright emphasising the horizontality further by having the horizontal bed mortar joints in cream coloured mortar and the vertical joints in brick coloured mortar. 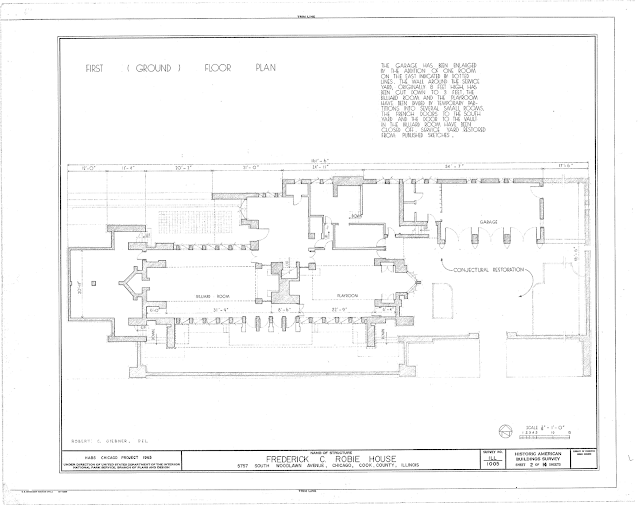 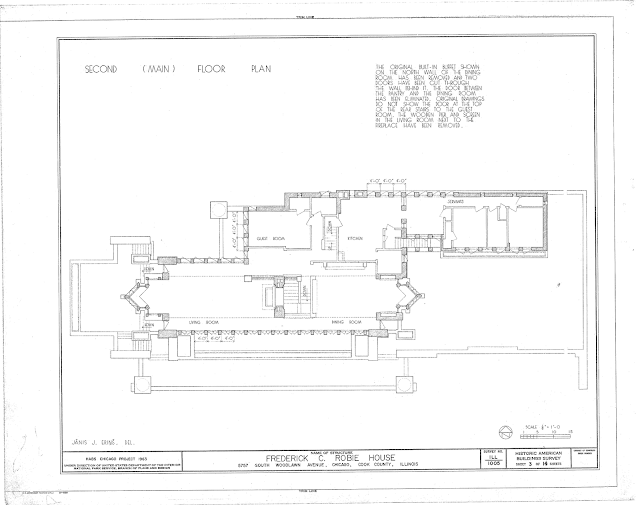 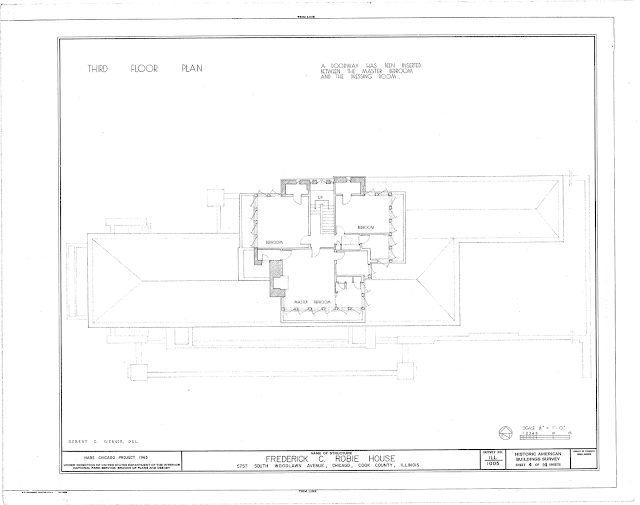 The interiors of the house are in the form of 2 long and narrow rectangular ‘vessels’, set on top and slightly off-center of the other. The house is in 3 separate levels with a game room and billiards room along with all the utilities. The second level consists of the living and dining rooms with the kitchen and the servants’ quarters. The third level consists of the bedrooms. The interior spaces are unobstructed and flow from one space to another. The interiors are bathed in light because of the continuous windows, the diffused light creating a very comfortable ambience inside.
The chimney with the fireplaces is located at the centre, around which all activities unfold. It is also made of the same materials as the exterior of the house. The mass and solidity of the chimney anchors the house into the ground. It also plays a major role in balancing the asymmetrical proportions of the house. 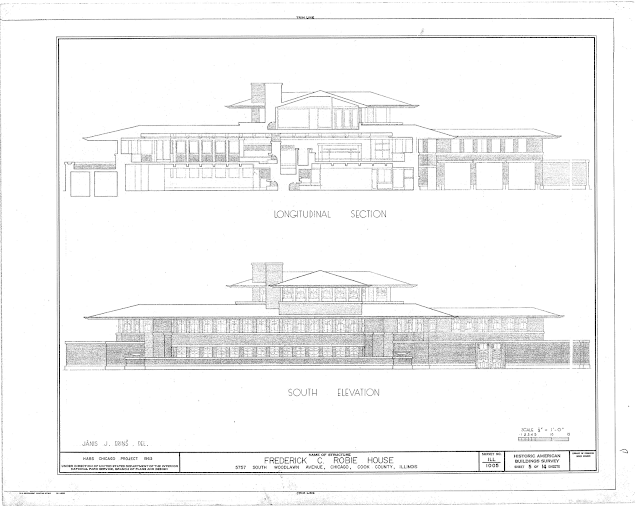 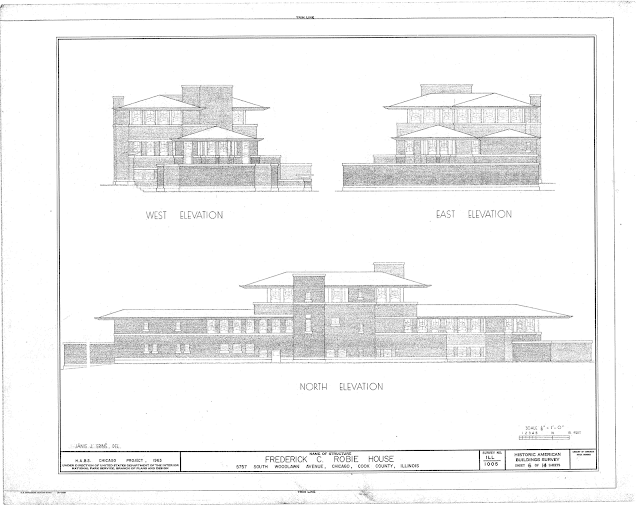 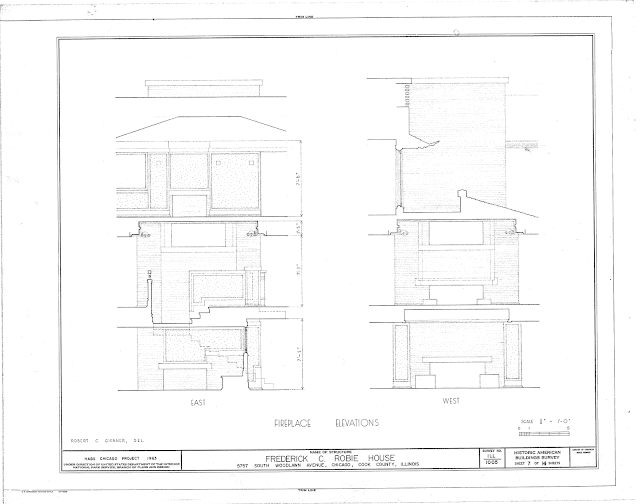 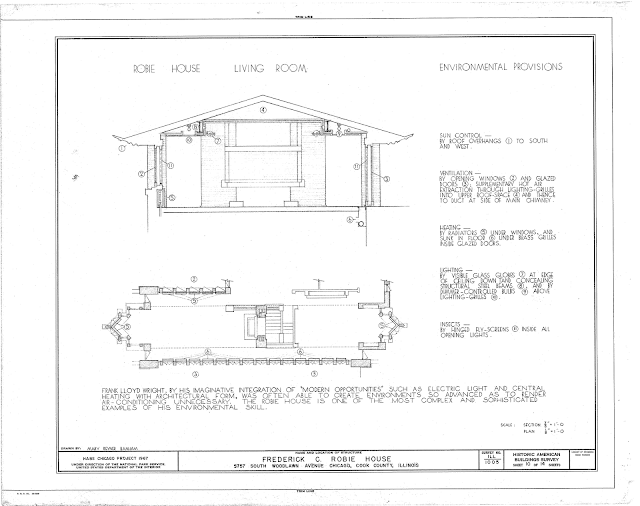 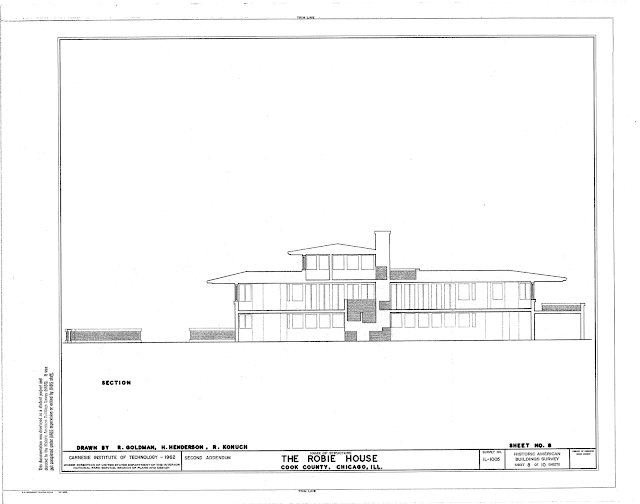 
Wright designed all the interior furnishings and fittings inside the house, from the floor rugs to the furniture to the hemispherical light fittings. This followed Wright’s strong belief that all the components of a house are to be designed as an integrated whole to create a wholesome environment. The Prairie houses are known for the art windows which Wright designed, using his favourite 30 and 60 degree angles to create abstract geometrical forms. Till this day, the Robie House remains one of the best residential designs. 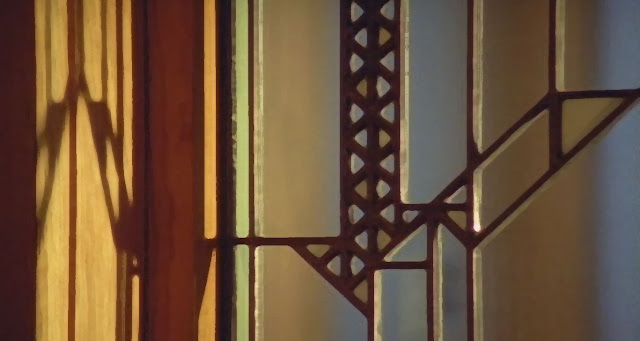