THE TALEISIN -
In the 1930s Wright wanted to create an institution where he could mould the minds of young architects to his philosophy of organic architecture. FLW undertook the construction of Taleisin West, using his concept of Organic architecture, where the building itself was testimony to his concepts. He created a masterpiece in the Arizona desert with openings and frames that invited the blue desert sky indoors and walls of stone which seemed to grow out from the very desert on which it stood – a building so harmonious with nature that it was organic architecture at its best.
Experiential hands-on learning – sums up Taleisin’s philosophy. Here, young minds learned architecture by creating it with their own hands. All the works were shared and done by the apprentices.
A person has to be well rounded, he felt. If an architect knows how to mix concrete, knows how to work the lumber, has done some plumbing, some wiring, knows the very mud with which a building is built, then he is a much more well rounded architect. That is the underlying philosophy of the school. FLW believed that design cannot be taught, but one can be inspired to appreciate beauty. This he did in Taleisin by creating a beautiful building and by filling it up by beautiful works of art, paintings and sculptures, so that a person is totally surrounded by beauty and hence absorbs that beauty sub-consciously and ‘learns’ design.
The buildings were created in his language of exposed stone walls with partial plastering at the joints, shapes and forms inspired by the desert landscape, with asymmetrical openings framing elements of the site, highlighting them, so that it appears that the landscape became better after the building came up. There are flashes of brilliant Cherokee red in an otherwise neutral colour palette of the desert. The interiors are rich with light forming a major element. The space was organised around the massive drafting room, which was in future to become the backdrop for some of his most outstanding works. 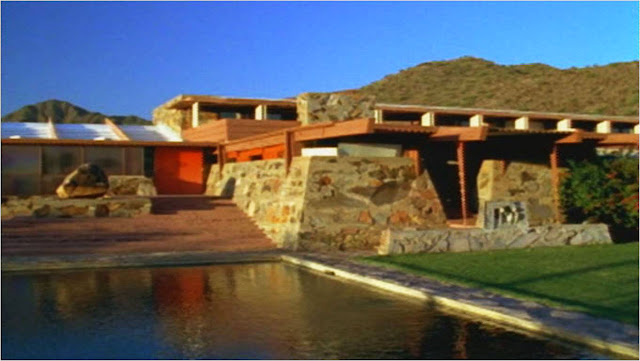 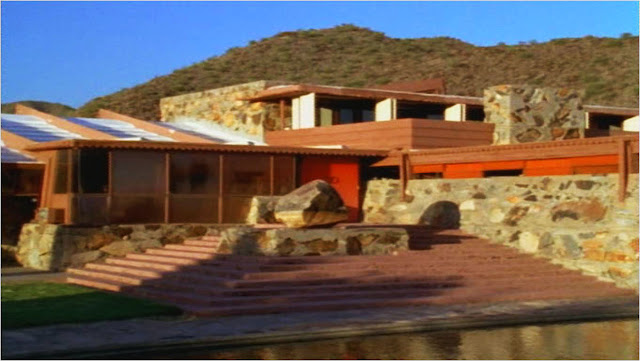 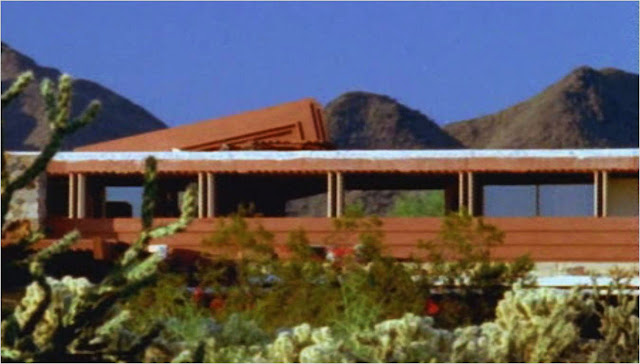 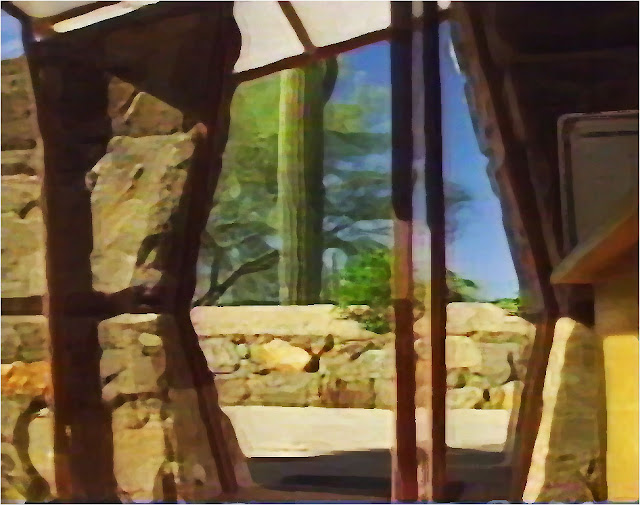 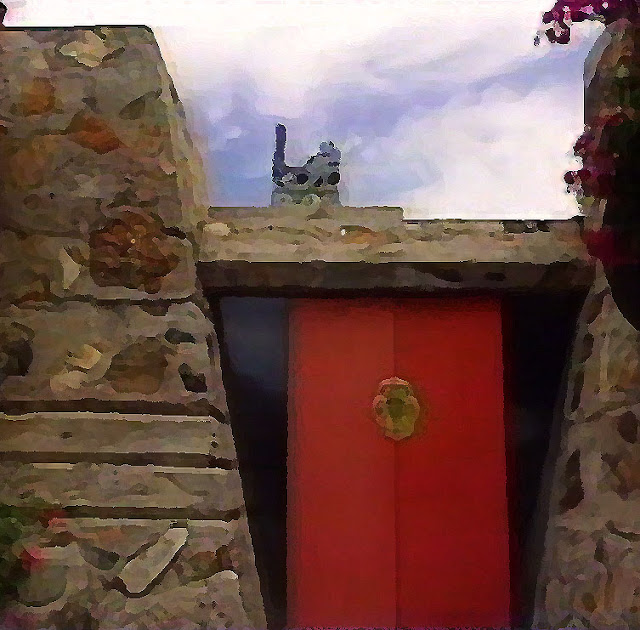